Working through thinkstats by Allen B Downey to figure out if the myth is true - that first babies are born late.

We can analyse the data from National Survey of Family Growth, conducted by the US. Centers for Disease Control and Prevention. This is a cross-sectional study - data was collected from a sample representing the population, at a particular point in time.

We find that the difference in average pregnancy duration, between first and not-first babies, is 13 hours.

1. Can we be more precise? - Descriptive stats

The histogram we plot gives an overview of the data. The sample size of first and not first babies isn’t equal - so we shouldn’t rely on the historgram much at all. 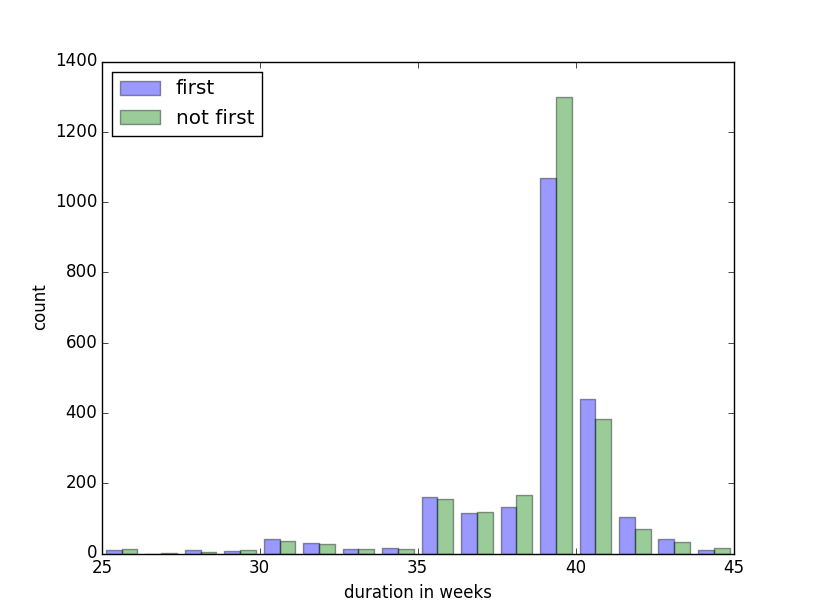 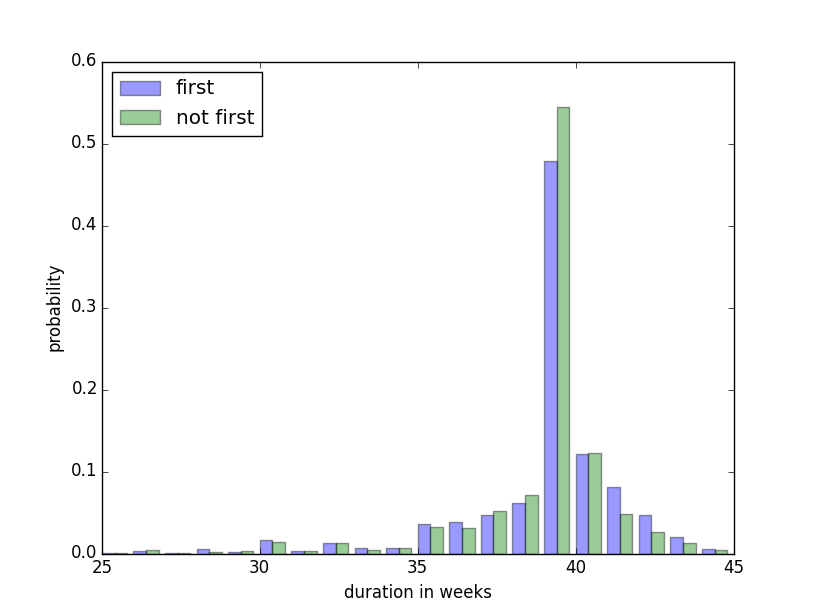 We define being born:

We can calculate the probability that a baby will be born in week x given that it was not born before week x. The plot below shows this probability for first and not first babies, for every week x. 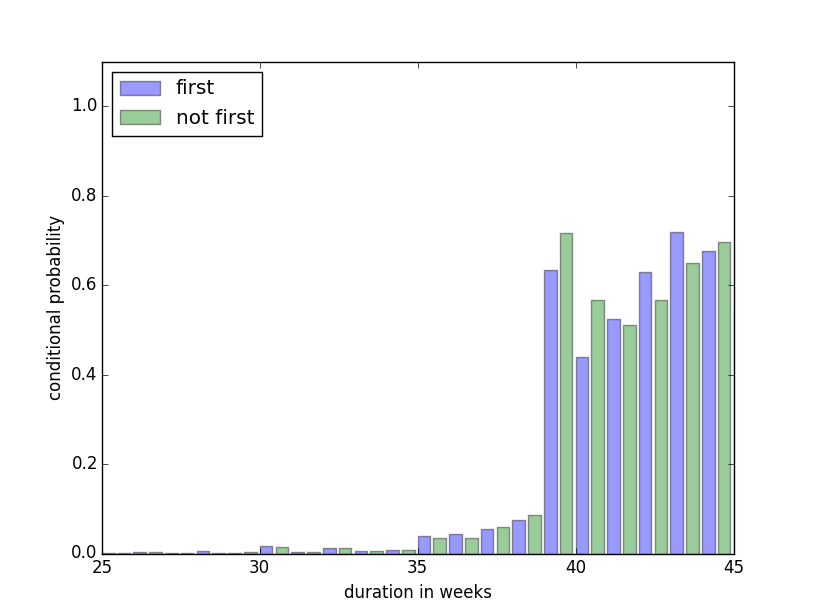 2. Could the difference have occured by chance?

Always feel free to get in touch with other solutions, general thoughts or questions.